The STuTZ is an American sports car delevoped in the twenties radiating a unique fascination. We visited the only owner of such a vehicle in Switzerland.

To provide an overview of the fascination STuTZ Blackhawk DV 32 Racer and the background of the sports car, we will take a look at the history of the car manufacturer STuTZ first:

History of the STuTZ

Harry Clayton Stutz, son of a Dutch farmer who emigrated to Pennsylvania, has always been fascinated by engines. In his early life, he already started working on his own projects. He developped his first vehicle in 1911, after founding the Stutz Parts Company. Only few days after producing it, he sent it to the legendary Indianapolis 500 miles races where it came in eleventh. To cover such a distance with a freshly developped and produced car without any problems as an incredible feat in the twenties.

The slogan that was established after the race showed, that Stutz was proud of his car: «The Car that made good in a Day». The STuTZ was no advancement of sports car that were sold by competitors. It was the invention of a inoovative and groundbreaking sports car, praised as «America’s greatest sports car». The head of the sun god Ra decorated the cars of STuTZ as a tribute for the unrivaled success of the sports car on the race tracks.

Alex Lüchinger, restorer and merchant of classic American and British motorcycles and cars owns the only STuTZ Blackhawk DV32 Racer in Switzerland for over 20 years now. The ES Magazine has interviewed him about the background of the legendary sports car and its journey to Switzerland.

Herr Lüchinger, what made you buy the STuTZ and how did you manage to achieve this vehicle?

That’s a story for itself. An acquaintance of mine impressed my quite a lot by driving an American Simplex in historic races. I liked the mighty appreance of the car and I began looking for a similar car for myself. As a merchant of American vehicles, I thought it quite fitting. The acquaintence contacted me again to tell me that there would be a similar car for sale by auction in England, which would be almost tailored for me.

I had no clue about the price of the vehicle nor did I get the possiblity to visit the car and take a look at it. Nonetheless, I attended the auction via phone. Firstly, I only listened to what happened, then I joined the bidding. Then, I raised the bidding by a higher amount than the others. Suddenly, I heard the hammer of the auctioneer knocking on the table and I bought a car by auction without having a single clue, what was about to happen next. As you can see, it’s a huge coincidence that it is exactly me how is the owner of the only STuTZ in Switzerland! (laughs)

When I saw the semitrailer truck from England drive up with the STuTZ, the supsense was immense. I saw the car for the first time and was overwhelmed by the size and the mighty appearance of the sports car. Since then, I haven’t regretted blindly buying this car by auction for even a single second.

Your STuTZ was produced in Indianapolis, Indiana USA in 1929. What do you know about the history of the vehicle?

The first owner of the car was Luis Angel Firpo, an international boxer and racing driver from Argentina. The STuTZ Blackhawk DV32 Racer was built after his wishes. This was not unusal as STuTz often times built their vehicles according to the individual wishes of their customers. Firpo used the STuTz for races in South America quite frequently. Later, the STuTZ was shipped to Europe for the Mille Miglia, a car race in Italy. But the ship was delayed and the STuTz could not attend the race. The vehicle was exported again to Argentina, this time incorrectly declared so it couldn’t be returend to Argentina without an imminent Fee. Therefore, the STuTz ended up via France in England, where it was put up for sale by auction at Sotheby’s.

Even today, you still attend races with the STuTZ. What is special about these events?

I mainly use it for historic mountain or circuit races, where fast classic cars drive races on time. In Switzerland, famous races are for example the Klausenpass race, Ollon-Villars, Grand Prix Bern or in the past the race to the Weissenstein as well. The event Indianapolis Oerlikon is a very special happening, too. On the over 100 years-old open race tracks, historic vehicles of all kinds and years of construction drive fast laps on two, three or four wheels observed by several thousand spectators. The sound and the smell of enignes mixes with flavorsome barbeques and provide a unique atmosphere both for the drivers and the spectators. I really recommend this event to everyone.

Mister Lüchinger, you are restorer and merchant of classic motorcycles – what services do you provide exactly?

The Lüchinger Classic Motors AG in Switzerland is spezialicing in restaurations and trade of classic American and English high-end motorcycles. We conduct revisions of engines, gear mechanisms and carburettors as well as complete restaurations. The motorcycles we work with are not only for driving pleasure. You can look at them as an investment with a unique fascination. We don’t work on these motorcycles for a day or a week, it’s a whole life for me! (laughs) Our garage is mainly working with classic, historic models. Newer vehicles crammed with gadgets and electronics are not repaired and sold here.

Your collection of motorcycles is huge. Which vehicles are you especially produ of?

Of course, the STuTZ is a real gem in my collection. The aluminium body is in great condition. The 5,3 liter engine has 2 inlet valves and 2 outlet valves per cylinder, resulting in 32 valves for 8 cylinders in a row. When putting the weight of 1,5 tons into perspective of 5277ccm engine displacement and 160 horsepower, the engine power is huge . The STuTz does not have a roof, windscreen wipers, heating or doors. But it doesn’t need any of this either. From a technical perspective, it was far ahead of its time, a premium class sports car! We revised the engine, the gearing mechanism, the rear axle and the breaks in our garage. The body is in original condition, though. I own this street-legal STuTZ for over 20 years now and as long as I can get into the vehicle, I will drive it as well!

Another gem is a first-hand Corvette with original base coat that had its first road use in Switzerland in 1957.

The highlight of my motorcycles is the Harley-Davidson FHAD 1000ccm Two Cam Roadracer from 1929. The former Swiss champion and Harley importer Claude Ceresole from Bern established 9 track records on mountain races in one year. He won the Klausenrace second to none with a new course record of 17 minutes and 22 seconds. This Harley-Davidson stands for an irreplacable piece of Swiss racing history which I probably would give away last fom my collection.

Did we stimulate or reignite your interest in classic motorcycles? Then, a visit to Alex Lüchinger would be worthwhile if you’re looking for expert advice: 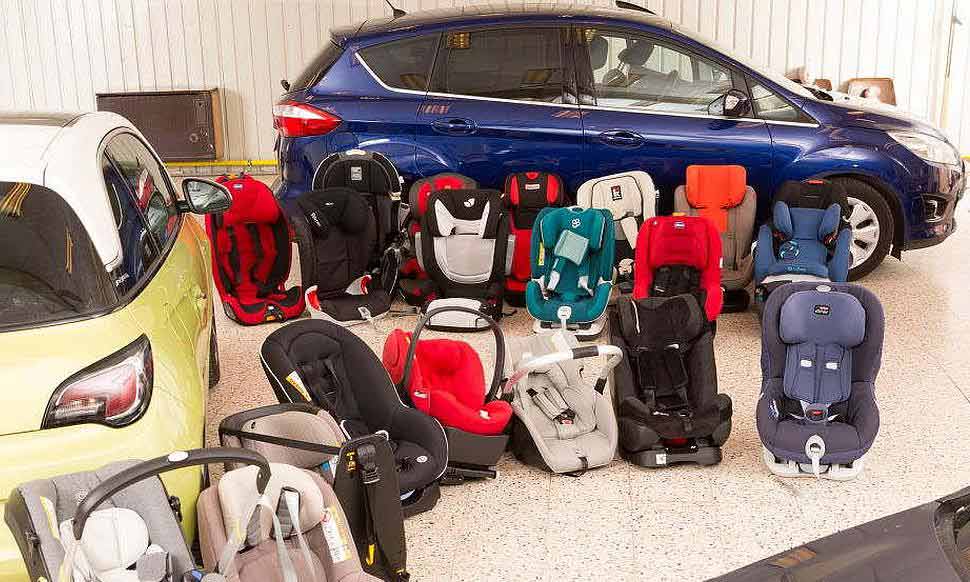 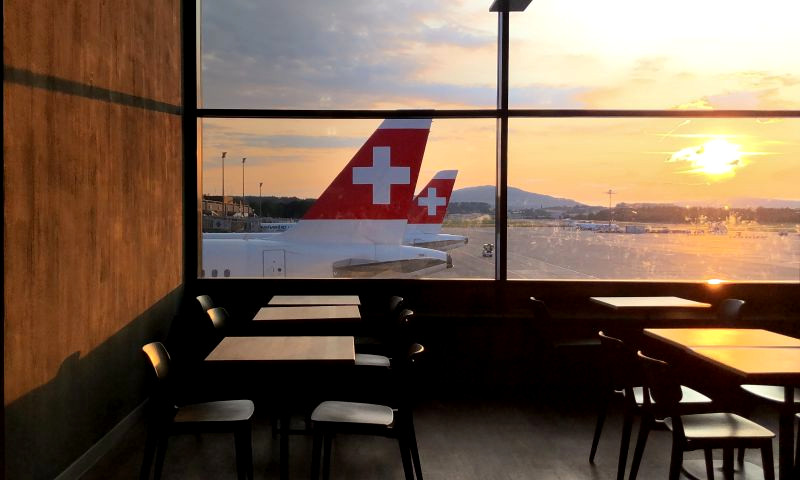 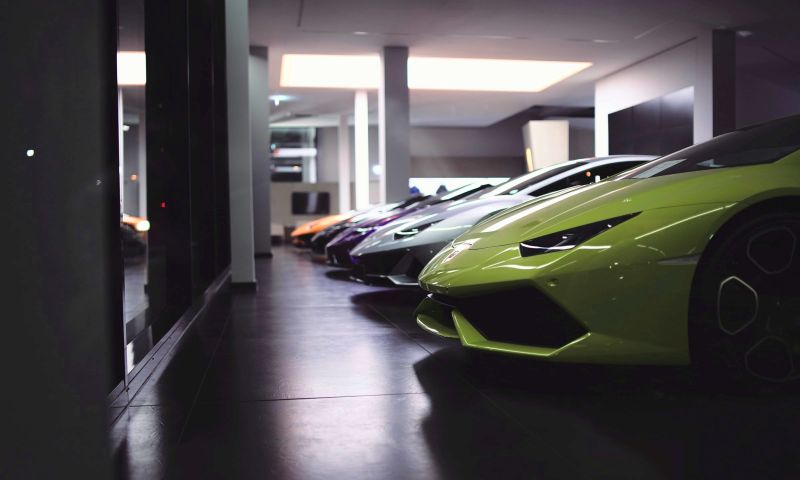